Prof. Francesco Romanelli has been appointed President of the DTT Consortium on June 7, 2021. He succeeds Prof. Federico Testa who held the position since the formation of the Consortium in 2020.

Francesco Romanelli has been working in nuclear fusion since 1980. He has led from 1996 to 2006 the ENEA activities in Physics of Magnetic Confinement Fusion. In 2006 he became Leader of JET, the largest magnetic fusion experiment in operation, and from 2009 to 2014 Leader of the European Fusion Development Agreement. In 2015 he moved to the University of Rome “Tor Vergata” where he is now professor of Physics of Nuclear Energy. He is also Editor in Chief of Nuclear Fusion, the largest impact factor fusion journal.

After his appointment he said: “It is a honour for me to accept this position and I thank, on behalf of all the DTT members, Prof. Testa for playing a crucial role in the formation of the Consortium  and for leading it with  passion and determination until now. I am looking forward to work with all the members of the DTT Consortium. We are engaged in the realization of a challenging scientific project. I am aware of the difficulties that such a complex realization entails but also of the opportunities for the growth of the scientific institutions and the industrial basis of our country.” 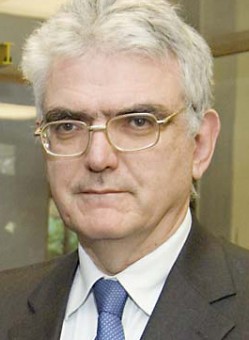