The Divertor Tokamak Test Facility (DTT) is a new tokamak whose construction,  approved by the Italian government, has recently started at ENEA site in Frascati. DTT will be a high field superconducting toroidal device (6 T) carrying plasma current up to 5.5 MA in pulses with length up to about 100s, with a D-shape cross section defined by major radius R=2.19 m, minor radius a=0.70m and average triangularity 0.4. The auxiliary heating power will be 45 MW.

The main role of DTT is to contribute to the development of a reliable solution for the power and particle exhaust in a reactor, a challenge commonly recognised as one of the major issues in the road map towards the realisation of a nuclear fusion power plant. Indeed, part of the energy produced by the fusion reactions escapes the plasma as neutrons and is distributed uniformly in all the directions. Another part is irradiated while a not negligible fraction is instead “transported” to the edge of the tokamak, in an region called Scrape-Off Layer, “SOL”, and then conveyed to a peripheral region of the tokamak known as the “divertor”. It is exactly there that one of the major problems in thermonuclear fusion research arises. The current experiments, in fact, demonstrate that the dimensions of the SOL are very small and that they will be even smaller in the next generation devices (ITER and DEMO) where we speak of millimeters for the thickness of the SOL - in practice the size of an ant - compared to a dozen of meters of fusion plasma! As a consequence, the power fluxes which will impact on the divertor will be concentrated on relatively very small surfaces, and thus with huge thermal loads per unit of surface, comparable to those on the surface of the Sun, if not larger. In DTT the divertor physics and technology issues will be tackled integrated with state of the art plasma scenarios, which will allow this experiment to be a key player for the development of core plasma physics too.

Three different strategies are being followed in order to reduce the power flows in the divertor to manageable values.

A first line of action aims to increase the fraction of energy transported by radiation, such as to reduce energy flows per unit of surface and reduce the thermal loads that the divertor must support.

The second line of action involves a strong synergy between the fusion communities and the experts in materials science, and is directed towards improving the properties of materials directly exposed to plasma. However, this solution also presents various complexities, requiring the development of new materials or new approaches to the design of the surfaces of the divertor. To this regard, in recent years, many steps forward have been made on liquid metal divertors, and the FTU experiment at ENEA-Frascati has been a major protagonist. The idea is to slide on the surfaces exposed to the high thermal loads a flow of liquid metals such as tin or lithium. The continuous flow of liquid metals guarantees the continuous replacement of the material that is lost due to localized power loads and, therefore, a substantial resilience to erosion.

The third line of action studies the optimization of the magnetic topology of the divertor. Let’s try to explain this approach with an example inspired by the shower: in many cases the jet of water can be changed with a simple ring, from narrow and strong up to a drizzle made of many small jets. The sensations are very different, yet the amount of water that always comes out is the same. Something similar can happen in a tokamak. The charged particles that carry the flows of energy in the SOL towards the material surfaces flow at the edge of the plasma along the magnetic field lines, a sort of “highway” that ends against the divertor.

As in the example cited above, even for the blocks that make up the divertor, the amount of “wet” surface from the field lines makes a large difference: if they arrive in an orthogonal direction to the surface, the thermal load is much higher than a grazing incidence. And if the same field lines “open” near the target (as the “drizzle” of the shower) the flows will change a lot, at fixed power transported. In order to search for the best solution, researchers study various magnetic topologies or, in simpler words, different shapes of the magnetic field lines that can distribute the incident energy in the most uniform way possible and reduce the dangerous localized interactions. 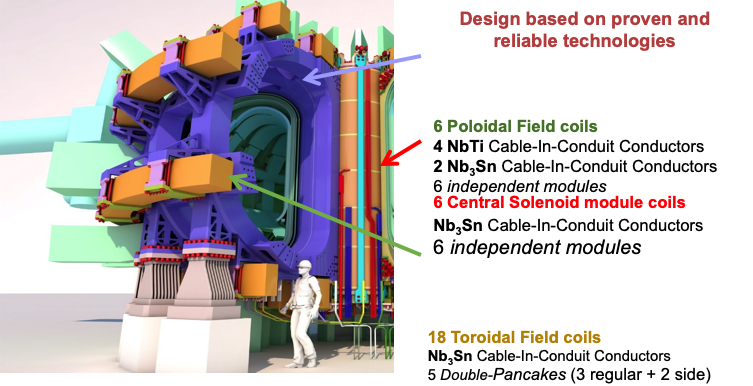 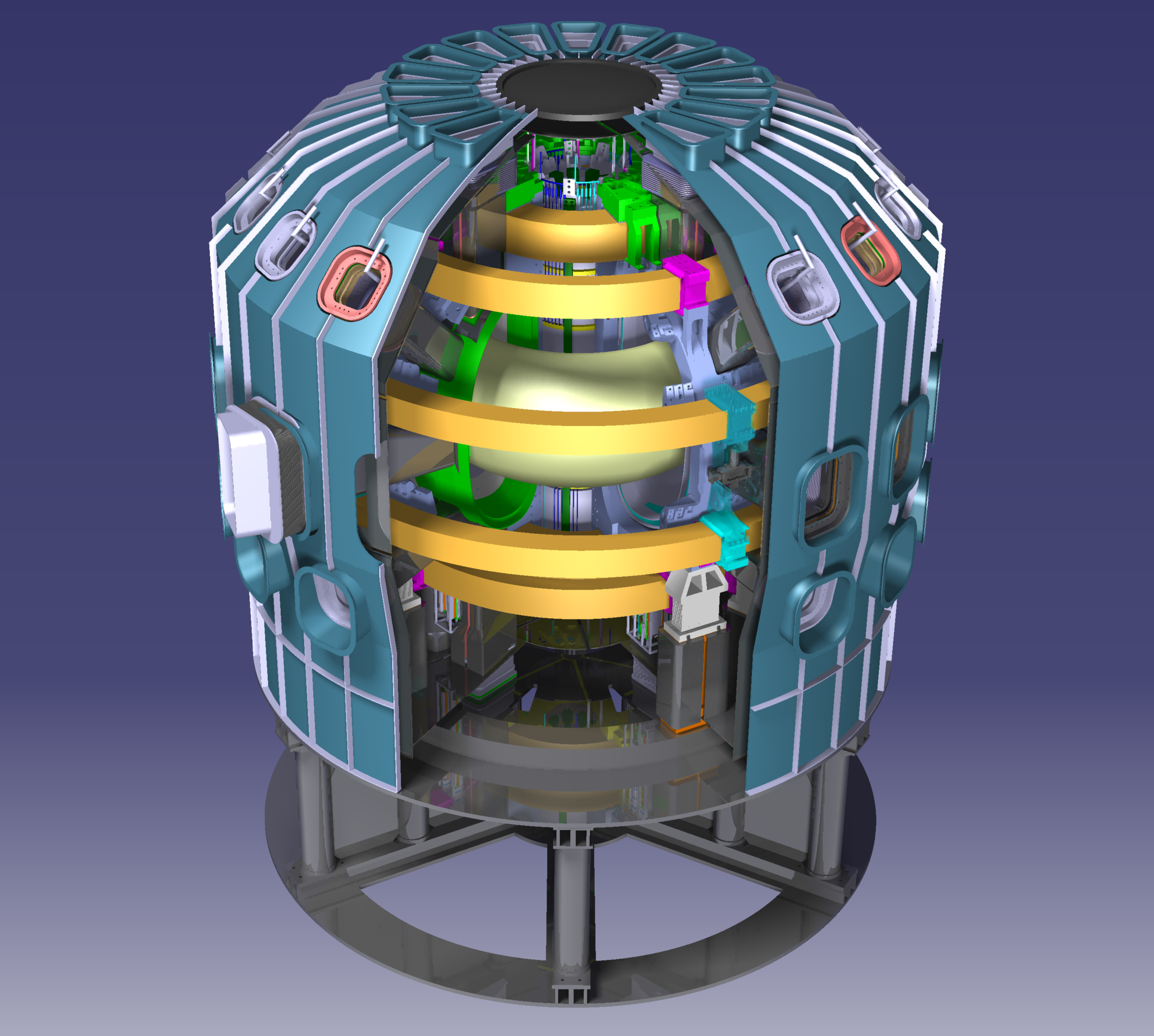